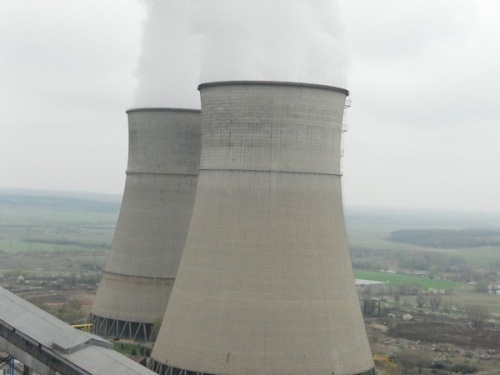 Talks about the sale of Maritsa East 3, a Bulgarian coal-fired plant with a capacity of 908 megawatts, emerged for the first time at the beginning of March. Photo by klassa.bg

The deal is expected to be finalized before the end of 2010, according to reports in the Italian media.

Enel, advised by Deutsche Bank, is selling its 73% in Maritsa East 3 as part of a plan to pay off debts amounting to EUR 50 B. The EUR 600 M price would be smaller than the EUR 700 M the Italian company invested in the rehabilitation of sulfur filters at the Bulgarian thermal power plant. It first announced its plans to sell Maritsa East 3 in March 2010.

The Italian company is not pulling out of Bulgaria altogether because its subsidiary Enel Green Power is active in the renewable energy sphere in the country.

A year ago Enel increased the capacity of Maritsa East Three plant to 908 megawatts, up from 840 MW, and also put new desulphurization installations on the plant's four units.

Experts comment that the potential buyer is probably eying a 100% stake in the plant, in which the Bulgarian state owns a 27% stake. The rumors were fanned by a statement of Energy and Economy Minister Traicho Traikov, who recently announced that the state can land EUR 200 M from the sale of its stake in the plant. The plant is located in the Maritsa East lignite coal mining complex in southern Bulgaria.