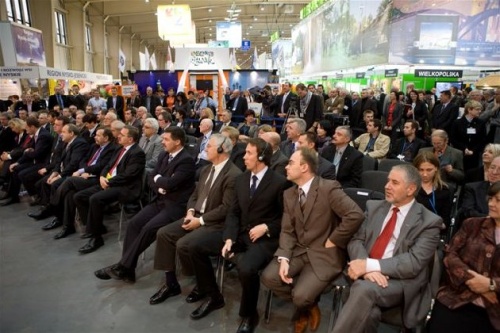 Bulgaria is an honored guest at this year's edition of the international tourist trade fair "Tour Salon" in Poznan, Poland, the Bulgarian Economy Ministry has announced.

At the three-day forum that began October 20, Bulgaria was placed on an advertising stand of 80 sq.m. It featured the country's Economy Ministry, 10 tourist companies and the municipalities of the Black Sea towns of Nessebar and Sozopol.

Tour Salon features many Polish tour operators and tourist agencies and is an opportunity for business negotiations.

This year's edition of the fair includes more than 600 participants from 46 countries. About 3,000 representatives of the tourist sector and 50,000 visitors were expected.

As an honored guest, Bulgaria has presented itself with national and traditional dishes, tasting of Bulgarian wines, eco products and a special movie for the archaeological discoveries in Sozopol.