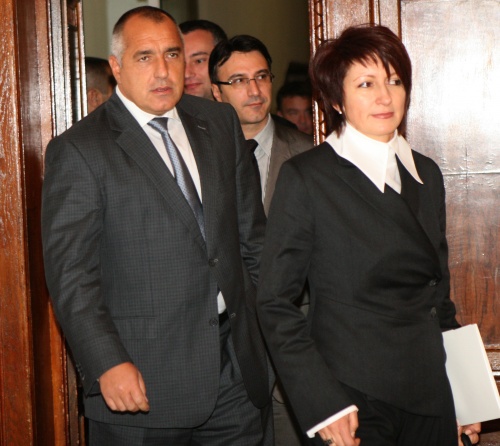 Bulgaria's PM Boyko Borisov and HP public administration director for central and eastern Europe, Sasha Bezouhanova, have signed a memorandum for the expansion of the HP activities in Bulgaria. Photo by BGNES

On Friday, the Bulgarian Council of Ministers signed a memorandum with HP for the development of the company's activities in the country.

Borisov has stated that the result of the investments of the American information technology corporation in Bulgaria will be 2,000 new job positions for engineers and qualified personnel.

Currently, there are 3,200 people working in HP Bulgaria, the Prime Minister added.

Bezouhanova has pointed out that the investment is an HP initiative and it will not include EU funding. However, she refused to announce the exact amount of the investment with the argument that since the company was not building a plant, exact expenses could not be planned.

In her words, the recruitment and the provision of work area for the new personnel will begin immediately. She stated that the center should start working with its full capacity next year.

"More than 300 highly qualified Bulgarians living abroad have returned to work for the HP center here because the salaries are better than what they have received in the countries they have been working in. After the new job positions are open, even more people will return," Borisov said.

He pointed out that over 30 countries in Europe have been competing for the investment, received by Bulgaria.

HP has announced that the development of the center would be a good investment in education as well. At present, the company is cooperating with three Bulgarian universities for general education programs.