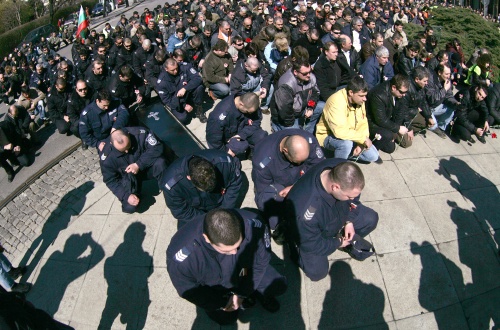 Policemen from the Black Sea city of Varna are planning a series of protests and will join the national police protests in the capital Sofia. Photo by BGNES

The policemen from the Black Sea city of Varna are staging a protest rally on October 24, according to the local police union leader Genadi Dimitrov.

Dimitrov says this will be the first from a series of such rallies, scheduled also for October 31, November 7 and 14.

The demonstrations will be held in front of the Regional Police Directorate.

On November 7, which is right before the Bulgarian Policeman Professional Day, a delegation will travel from Varna to join the national police protests in the capital Sofia.

Policemen appeal to Varna residents to support their requests and to join all upcoming rallies.