Bulgarians Smoke Less than Before - Study 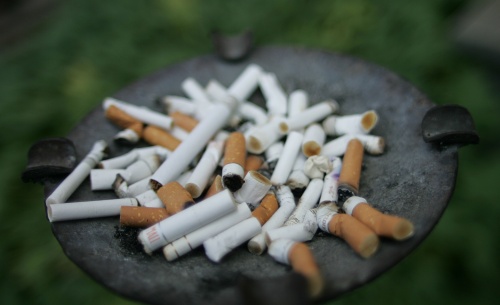 The smoking rate in Bulgaria, which has been traditionally high compared to other European countries, has decreased by 5 percentage points, according to a study.

The report, commissioned by the Ministry of Health and released Thursday, shows that 56% of Bulgarians aged 15-65 have not smoked during the last month, which is with 5 percentage points than what was registered last year.

The study concentrated on the level of information Bulgarian citizens have on various health hazards.

77% of people interviewed stated that they feel well informed about the risks of smoking. More than 60% of Bulgarians have stated that they are ready to observe the ban on smoking at public places and work offices.

Other interesting information from the report includes the fact that some 14% of Bulgarians aged 15-65 have tried some form of drug at least once, most frequently marijuana, hashish, amphetamines and ecstasy.

Bulgaria has one of the highest smokers rates in the EU at some 39% of people declaring themselves daily smokers, topped only by Greece at 42%.