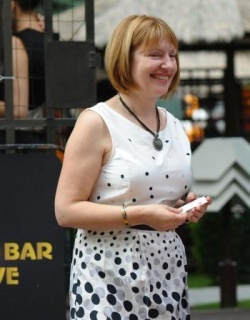 Svetlana Vasileva, the new MGT CEO in Bulgaria has a long-term impressive career in television. Photo by Trud daily.

Vasileva is replacing Jacob Anderson who was the CEO of Diema Vision since April 2008 and of Nova TV, after it was acquired by MTG in October 2008. Anderson, who has worked for MTG since 2005 remains at the company, but is assuming a new post.

Vasileva will join MTG on November 15 and will become officially CEO on January 1, 2011.

She has a long-term impressive career in television, beginning in 1994 when the first private TV channel Triada-CNN was launched in Bulgaria. Between 1998 and 2000, Vasileva works as manager for Medial Link, official representative in Bulgaria for Fox Kids and National Geographic.

In 2000, she is appointed Director of Balkan News Corporation (bTV), then owned by Rupert Murdoch, upon its launch in Bulgaria. bTV soon became the leading private television in the country with Vasileva as its head for the next 5 years. Later she becomes CEO of other channels belonging to Murdoch in Bulgaria and on the Balkans - Fox Life, Fox Crime, and all Nat Geo channels. She left last year to lead the private TV7 and to serve as a member of its Board of Directors.

The Nova TV group owns Nova Televizia, Diema, Diema 2, Diema Family, Nova Sport and and the women's "Eva" magazine. MTG has 95% of the majority shares in the group while the rest belongs to Apace Media. MTG owns 100% of the shares of TV 1000 Balkan, Viasat History, Viasat Explorer, and Viasat Nature, which will be also managed by Vasileva.