Bulgarian Doctors: FinMin Must Travel Back across Atlantic 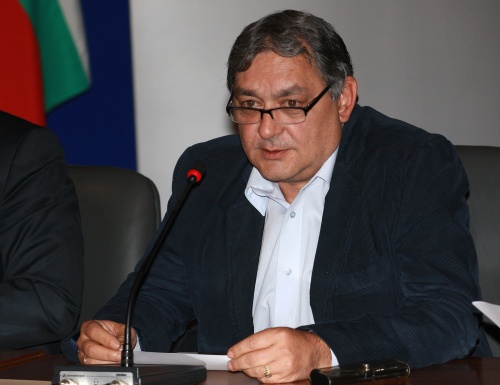 The Chair of the Bulgarian Doctors' Union, Dr. Tsvetan Raichinov (picture), says Finance Minister, Simeon Djankov is a threat to the entire country. Photo by BGNES

The Bulgarian Doctors' Union demanded Tuesday the resignation of Finance Minister, Simeon Djankov over the budget bill they say is very different from what they expected.

The Chair of the Union, Dr. Tsvetan Raichinov, made the announcement before the start of the meeting of the Three-Way Council between the employers, the government and the business, saying the bill has nothing to do with the agreement signed with the cabinet earlier in September.

"There are plenty of surprises and they are all negative. The funds will go to the Ministry not in the real health care sector. This budget aims at a temporary fix of the current mess and at creating new problems next year. It does not include even a trace of reform," Raichinov said, adding Bulgarian physicians' wish for reform no longer matters since the reform would not happen.

Regarding future doctors' protests across the country, the Union Chair explained he wanted to see what will happen during the Tuesday meeting of the Three-Way Council and and if the budget bill of the National Health Insurance Fund (NZOK) would be changed.

According to Raichinov, the agreement has been signed by the cabinet only to tame the looming doctors' protests and without any intentions to ever bring it to reality, adding BGN 350 M would leave NZOK to be redirected to the Health Ministry making budget 2011 even lower than the 2010 one with BGN 50 M less for hospital care.

"It is time for Minister Djankov to travel back across the Atlantic. He is a threat to the entire country," the Doctors' leader is quoted saying.

In was reported later that the representatives of the Bulgarian Doctors' Union left the meeting outraged, along with the leader of the Labor Confederation "Podkrepa" (Support), Konstantin Trenchev, and demonstratively tore the agreement with the government to pieces.

Meanwhile, during the same meeting, the business and the labor unions rejected the National Social Security Institute (NOI) Bill.