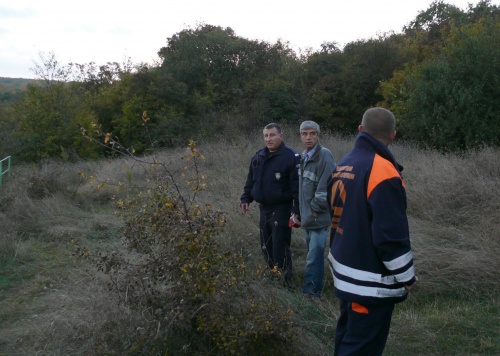 The police are guarding the place where the body of the 44-year-old Nedko Todorov was found. Photo by BGNES

The driver of the prosecutor from the Bulgarian city of Shumen, Asya Petrova, who is working on some of the most controversial cases in the country, has been found dead.

The body of the 44-year-old Nedko Todorov was found Sunday by hang gliding pilots, who called the police.

They have noticed the man's body in the area of the Divdyadovski rocks near Shumen. According to preliminary information, the man had his throat slit.

One of the versions for the murder of the driver is personal motives. The other is an attempt to intimidate the district prosecutor from Shumen.

Petrova is working on some of the most controversial ongoing cases in the Shumen District Court. One of them is "The Killers" case.

On September 24, the court decided to leave the President of the Bulgarian Sumo Federation, Petar Stoyanov aka the Chieftain, under arrest.

The sumo wrestler faces charges for, allegedly, plotting and taking part in the murders of Shumen businessman Rumen Rachev, the Veliko Tarnovo lawyer Petar Lupov, and Sofia businessman Borislav Georgiev, a close associate of energy tycoon Hristo Kovachki. In Sofia, Stoyanov is under investigation for the murder of football club president Yuriy Galev. His additional charge is for organizing and leading a crime group dealing with murder for hire and arson.

Stoyanov was arrested in Sofia on July 23, during a special police operation, codenamed "The Killers." He was released on August 3 by the Appellate Court and rearrested on September 21, on new charges – Rachev's murder.