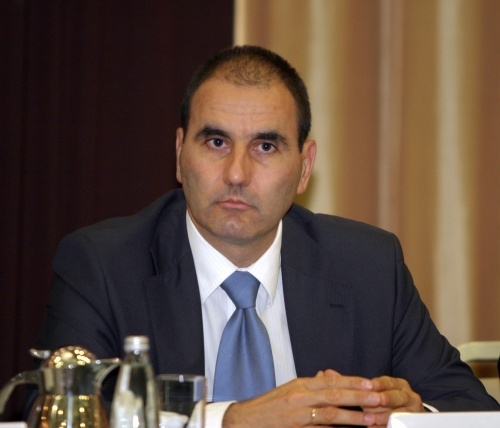 Bulgarian Interior Minister, Tsvetan Tsvetanov, has explained in a TV interview the origins of his six properties. Photo by BGNES

Bulgaria’s Interior Minister, Tsvatan Tsvetanov, has announced that his six apartments have been declared years ago.

The reason for Tsvetanov’s statement was the announcement of Yane Yanev, leader of the Bulgarian party “Order, Law and Justice,” who claimed that the interior minister had six apartments and they had all been bought with illegal money.

Yanev’s accusations also triggered a tax check of the minister by the National Revenue Agency (NRA).

In an interview for the Bulgarian private TV channel bTV on Monday, Tsvetanov explained that he has declared the properties as an employer of the Interior Ministry and as a deputy Mayor of Sofia.

In his words, one of the apartments in downtown Sofia was acquired by his wife from her parents, who bought it in 1964.

“This property has been transferred and there is a right to possession until my wife’s parents are alive,” Tsvetanov said.

He added that his parent-in-law have also transferred another apartment to his daughter. He said he declared it because his daughter was underaged.

Tsvetanov claimed he owned 1/6 of the third apartment. He explained that the property was owned by his mother and when his father died 12 years ago, he received 1/6 of his will.

The fourth apartment was the one the minister has lived with his family since 1973. He said that his parents transferred him the tight to possession in 1991.

“The other two apartments were bought in 2008 and I will pay the BGN 900 monthly installment for 30 years,” Tsvetanov said.

He added that one of the apartments was 80 sq.m. and the other was 113 sq.m. He noted that at the moment they are united in one big apartment with two garages.

“Everything was paid not only with the loan I took for the purpose, but also with deposits from me and my wife,” he said.

The minister claimed that all the sums had been paid through the bank and nothing had been paid cash. He also stated that the origin of all the money was available in the banks that had carried out the transfers.