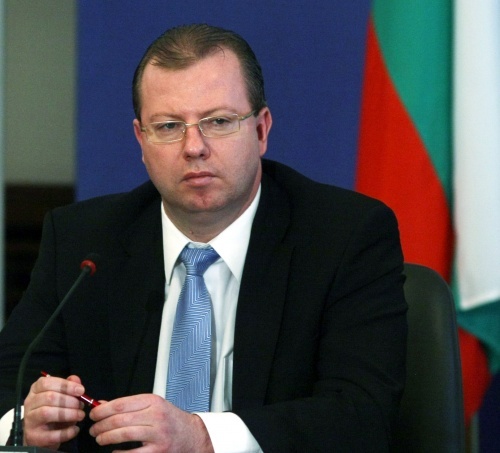 The Head of the National Revenue Agency, Krasimir Stefanov, has announced the beginning of a tax inspection on the properties of the Bulgarian Interior Minister, Tsvetan Tsvetanov. Photo by BGNES

Bulgarian tax authorities will start a check on the properties of Interior Minister, Tsvetan Tsvetanov, the head of the National Revenue Agency (NRA), Krasimir Stefanov has announced.

The reason for the check was the information, announced Sunday by Yane Yanev, leader of the Bulgarian party "Order, Law and Justice," which states that the six properties of the interior minister had been bought with illegal money.

"After the information was announced, I talked to Tsvetanov and the Prime Minister. In order to prevent any speculations and secrets and to have maximum transparency, we decided to start the audit," Stefanov said.

He explained that the check would be the same for the interior minister as it would be for an ordinary person. It would begin with analysis of the data in NRA for declared income, declared properties and then, if there are discrepancies, the real audit would begin.

Earlier, Tsvetanov stated he had nothing to worry about. He claimed he had declared all his properties and could prove the origin of the money he bought them with.