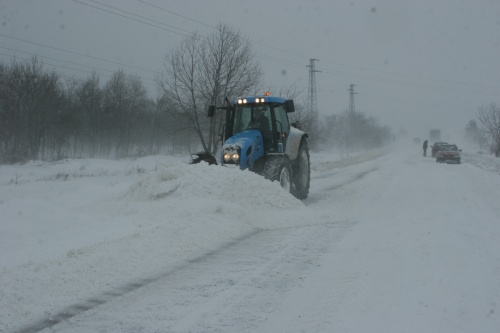 The Balkans and Europe at large might be facing one of the coldest winters in years, according to a report by the Serbian TV and Radio, quoting weather forecasters from accross the continent.

According to Serbian, Montenegrin and Bulgarian meteorological authorities, temperatures for the fall season are expected to stay below average.

Meteorologists at the Bulgarian Academy of Sciences are quoted as expecting a "long and snowy winter."

Branko Bjelic from the Serbian Hydrometeorological Service has said that forecasts see it as possible for temperatures to fall below -30 degrees Centigrade at some locations on the Balkan peninsula.

Polish meteorologists have gone as far as saying the winter might be the coldest in the last 1000 years.

Forecasters across Europe attribute expectations for a harsh winter on the exceptionally hot summer.

Long-term forecasts nevertheless are considerably less accurate than short-term ones, points out the Serbian TV.