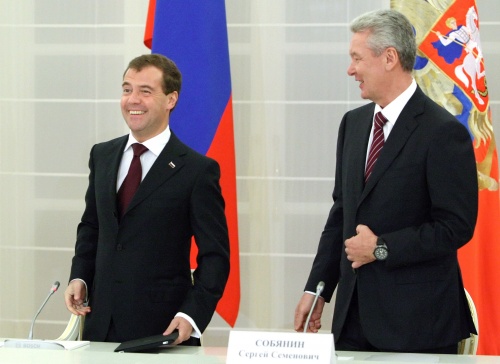 The nomination is to be approved by the Moscow Duma but the 52-year-old Sobyanin, who is the chief of staff of Russian PM Vladimir Putin, will most definitely be the new mayor of the Russian capital, RIA Novosti reported.

Since 2004, Russia does not hold direct elections for Moscow mayor and governors.

Sobyanin was head of the presidential administration under first Putin and then Medvedev from 2005-2008. He also ran Medvedev's presidential election campaign in 2008.

The nomination for Moscow mayor has been watched closely ahead of the 2012 presidential elections, and it seems likely that the appointment of Sobyanin will strengthen Putin's position should he make a bid to return to the Kremlin.

Medvedev sacked long-serving mayor Yury Luzhkov on September 28, citing a "loss of trust." State media had previously accused him and his businesswoman wife of massive corruption.

Sobyanin, who is also a former governor of the Siberian oil-rich Tyumen Region, said after his nomination that he would focus on issues including transport and corruption if he becomes mayor.