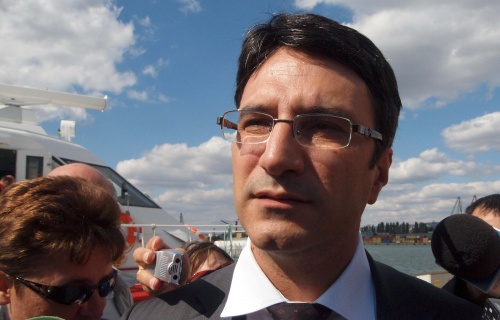 Gao arrived to Bulgaria for the 14th session of the Bulgarian-Chinese Intergovernmental Commission for Economic Cooperation in his capacity as co-chair. On Bulgaria's side, the Commission is co-chaired by Deputy Economy Minster Ivo Marinov.

"Bulgaria emphasizes the importance of the project for setting up a joint industrial zone with China in Bozhurishte near Sofia," Traikov said after meeting with Gao. The future Bozhurishte industrial zone was first announced in the spring of 2010, and Chinese companies and regional authorities have already made clear their interest in the project.

"Bulgaria has a great potential to attract a part of the Chinese exports to Europe by air, which could turn our country into China's entrance to the EU," Traikov said.

In addition to measures needed to boost trade and bilateral investments, his talks with Gao also included opportunities for cooperation between small and medium-sized enterprises from Bulgaria and the People's Republic of China.

Traikov has remarked that China is Bulgaria's largest trading partner in Asia. It is ranked 20th among Bulgaria's export destinations, and 13th among the largest importers into Bulgaria.