Minister: No Way Romania Can Squeeze Bulgaria Out of South Stream 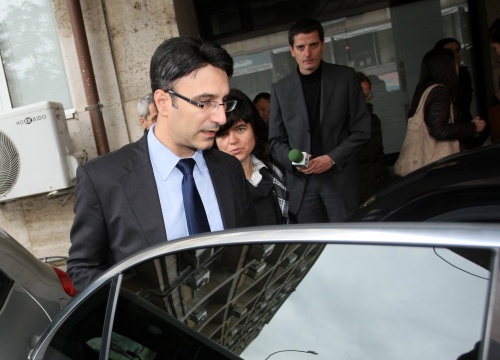 Fears in Sofia about such a scenario were raised by a memorandum signed Wednesday in Bucharest between Gazprom and the Romanian company Transgas.

According to Russian analysts and media, this move was aimed at pressuring Bulgaria to fulfill its promises for the realization of South Stream.

It might have produced the desired results as on Friday Gazprom CEO Alexei Miller and the Bulgarian government agreed to set up a 50/50 joint venture for the construction of the Bulgarian section of South Stream.

"Romania could also benefit from South Stream. As far as the fears that Romania will replace Bulgaria in the project are concerned, I think the chance of that happening is insignificant," Traikov told the 24 Daily in an interview shortly before his meeting with Alexei Miller.

Russia and Romania first started talks for that in June fueling fears in Bulgaria that Romania's inclusion into the project – combined with Macedonia's accession for which talks are under way - might allow the Russians to go around Bulgaria as a result of the Borisov Cabinet balking at two other large-scale Russian-sponsored energy deals – the Belene NPP and the Burgas-Alexandroupolis oil pipeline.

While Russia sought to refute such fears by saying that Romania will only be supplied with gas through South Stream, and most likely will not be a transit country, recent publications in the Russian media interpreting a statement by Italian PM Berlusconi that Bulgaria was creating difficulties for the project continue to fuel suspicions that Moscow might swap Bulgaria for Romania.