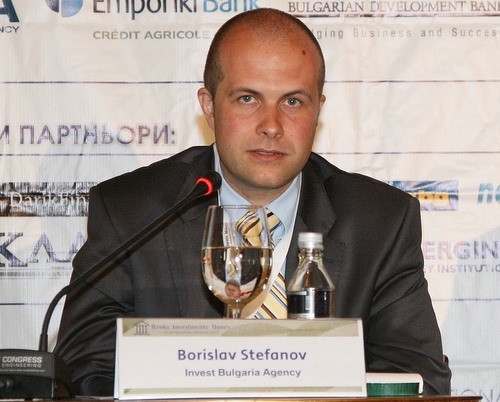 By the end of 2010, Bulgaria will likely have attracted a total of EUR 2 B in foreign direct investments, forecast Borislav Stefanov, head of the InvestBulgaria Agency.

This development would still be a substantial decline as in 2009 Bulgaria attracted a total of EUR 3.2 B of foreign investments, not to mention a comparison with the pre-crisis years: EUR 6 B in 2008, and EUR 9 B in the record 2007.

He sought to assuage the fears that a potential increase of the social security payments of up to 3%, which is currently under consideration by the government despite protests by the business sector, might chase away foreign investors.

"No serious foreign company will give up investing in Bulgaria because the social security payments went up a little," the head of the InvestBulgaria Agency said commenting on a statement of Economy Minister Traicho Traikov, who declared himself firmly against the hike mulled by the Finance and Labor Ministries.

"On the one hand, the amount of money that a foreign investor would have to pay because of the increase would make no difference. Let's assume a foreign company operates in Bulgaria with 1000 employees, with BGN 1000 monthly salary each, on average. 3% mean BGN 30 per month; for 100 people that makes BGN 3000; for an entire year, that is additional BGN 36 000, which is not a huge figure," explained Stefanov while also making it clear he saw potential problems elsewhere.

"The bad thing in this is case is the sign for foreign investors. Investors, of course, love stability, so if there are any contradicting signs, these would be intimidating. So it is from that point of view that it would be better not to change the social security payments. But speaking in terms of money, no serious investor would depart from Bulgaria because of a tiny increase in social security payments," he said.