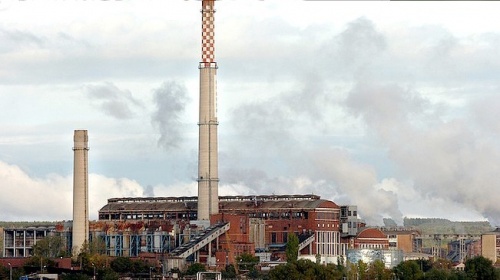 The Bulgarian government is about to shut down Brikel Jsc, the largest briquette factory in the country. Photo by starazagora.net

Bulgaria's government is unyielding in its intention to shut down a major thermal power plant owned by energy tycoon Hristo Kovachki.

This has been made clear by Bulgaria's Environment Minister Nona Karadzhova who has pointed out that the plant in question – Brikel Jsc – has failed to comply with the environmental legislation. In her words, the main problem is the lack of sulfur filters.

"The decision not to introduce sulfur purification facilities was made by the management of Brikel as early as 2004, and the workers and trade unions know this very well. If it has to, the state will employ police power to shut down the plant," Karadzhova said on Wednesday.

She snubbed the threats made by the Podkrepa Labor Confederation, one of Bulgaria's two major unions, for a mass strike.

"We gave Brikel until October 20 to close down the plant. If this does not happen voluntarily, we will shut it by force. If these unjustified threats on part of Podkrepa are terminated, and we have proper dialogue with the workers, there will be no need to use force. I think that reason will prevail. It is clear that this choice was made by their employer, because of lack of responsibility. This is also a lack of responsibility on part of the syndicates who have not done a single thing for these workers in the past 7 years," the minister elaborated.

In her words, between 1000 and 2000 people will be left unemployed because of the shutting of the power plant, and the government is seeking clauses in the privatization contract of the factor to make the employer pay them compensations as well as to find for them other means of employment.

Karadzhova was positive that the state will terminate the deliveries of coal from the Maritza East Mines to Brikel as of October 20. According to Georgi Zlatev, however, who is the CEO of Brikel, his company has a contract with the state-owned Maritza East Mines, and it cannot be violated unilaterally.

Zlatev has said the minister's statements are "weird", and that while the government can force the plant forcibly, this would generate a lot of problems.

On Thursday the two major trade unions in the plant will vote on a joint declaration protesting the closure of Brikel.