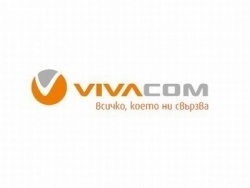 Bulgaria's top fixed-line operator Vivacom is very close to a change in ownership following negotiations that have dragged on for nearly half a year, according to reports.

"The major lenders have already singed a lock-up agreement on the restructuring options for the debt-laden company with the mezzanine creditors, the most junior lenders in the capital structure, and their strategic partner Dubai-based Oger Telecom," local Dnevnik daily reported, citing people familiar with the situation, who spoke on condition of anonymity.

According to the report the agreement is about to be finalized, after which the capital structure of the telecommunications group will be changed.

The report comes a month after information surfaced that Chinese telecoms and media tycoon Richard Li is considering a deal with Oger Telecom as he tries to retain control of Vivacom -known as Bulgarian Telecommunications Company (BTC) until last year, when its fixed-line and mobile phone units were merged.

Li and Oger have been in a battle over Vivacom for the last few months after it was put for sale by US insurance giant AIG.

Chinese billionaire Richard Li, who controls Bulgaria's Vivacom, was ready to invest in the latter in a bid to restructure its debt. PCCW and its chairman's privately-owned equity fund PineBridge were considering investing USD 230 M (EUR 180 M) to rescue the telecom.

Pinebridge owns directly a 13% stake in Vivacom but is the telecom's controlling shareholder as the lead partner in a consortium of investors.

Reports that Li was going to invest in Vivacom, heir to the State-owned Bulgarian Telecommunications Company (BTC) – first transpired at the beginning of July.

Li, chairman of Asian telco PCCW, inherited control of Vivacom in March as part of the acquisition of AIG Investments, a unit of the troubled US insurance group which spans asset management and private equity investments. The unit was renamed Pinebridge Investments ahead of the takeover by Li's Pacific Century group.

US insurance giant AIG bought 90% of the company's shares in August 2007 for EUR 1,4 B, later launching an offer to buy out the remaining shares.

Vivacom dominates the fixed-line segment with 2.9 million phone lines, which accounts for 97% of the market, but it has been losing customers at an alarming rate in recent years, due to the spread of mobile communications and alternative telecoms in the country.