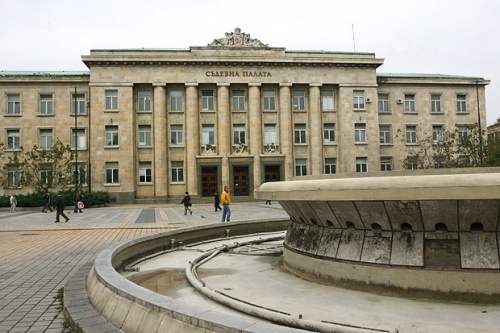 The square in front of the courthouse in the Bulgarian Danube city of Russe became the scene of a shooting Monday evening. Photo by DarikNews

The police in Bulgaria's Danube city of Russe are on the lookout for a man who fired gunshots downtown, right in front of the courthouse.

The incident happened around 7 pm Monday. The gunman fired at a 42-year-old man who was taking a walk with his wife and child.

According to reports, the two entered into a heated argument over a computer part, worth BGN 50. In the middle of the dispute, the alleged perpetrator, who was trying to sell the part, took out a handgun and fired at the buyer.

The victim went to the emergency room with a light nose wound. He was treated and then released.

The gunman has no criminal record, local police say.