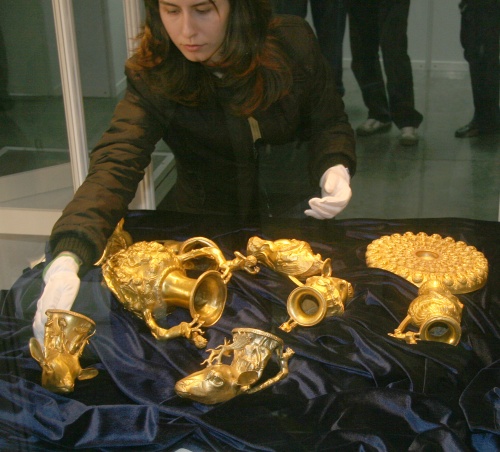 A settlement has been proposed of the recently erupted brawl over museum ownership of Bulgaria's top archaeological asset, the so-called Panagyurishte Gold Treasure.

Vice-minister of culture Todor Chobanov offered to pay a share of the revenue from displays of the Gold Treasure to the Plovdiv Archaeological Museum, which has recently claimed ownership of the artifacts.

The treasure, consisting of nine unique Thracian gold artefacts - seven wine rhytons, an amphora and a food dish - was discovered in 1949 nearby the town of Panagyurishte in Plovdiv region, and has garnered worldwide bewilderment ever since.

It is currently on display at Plovdiv Archaeological Museum.

This prompted Plovdiv mayor Slavcho Atanasov to vow that the treasure shall remain in Plovdiv and will not be returned to the National Museum of History in Sofia.