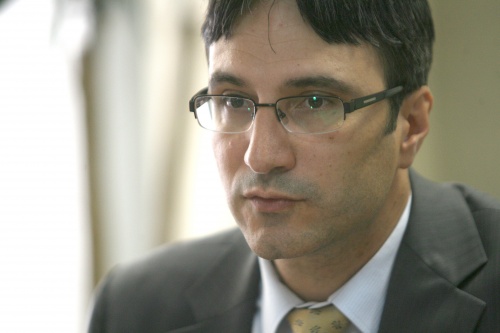 Bulgaria's Economy Minister Traicho Traikov has explained that the economic growth of 3,6% that the 2011 state budget envisions might not happen unless reforms in the health system were made. Photo by BGNES

Bulgaria's economic growth by 3,6% might not happen if instead of improving the investment climate, we do the opposite, said Economy Minister Traicho Traikov.

His statement comes a day after he officially opposed the move of his own cabinet to up social security payments by two percentage points.

"Even if these two percentage points are not a lot, the would eat the expected economic growth. And if the economy does not grow, we would not have money for social initiatives," Traikov said for the Bulgarian National Television.

He added that the increase of the social security payments would not be of any help to the health system.

"If we increase the social security payments without starting any reforms in the health system, in six months we would have to face the same problem. The system does not have a stimulus to reform itself," he said.

In his words, one professional body should not demand something at the expense of everyone else.

"It is absurd how for 20 years Bulgarians became more sick, while the health services increased eight times. This absurd has to be solved," he said.

As a good practice of the cabinet he noted the fact that suggestions were made public and decisions were taken after all points of view have been reviewed.