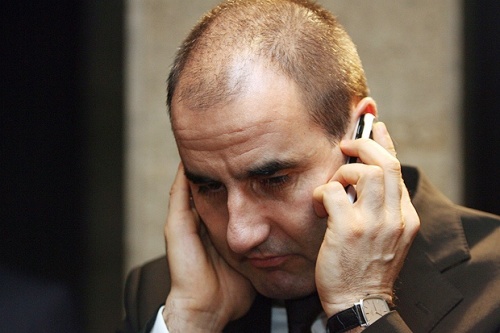 Interior Minister, Tsvetan Tsvetanov, says there is plenty of evidence that extremist cells, financed from abroad, are spreading radical Islam in Bulgaria. Photo by BGNES

There is plenty of evidence the literature confiscated by the authorities during an operation in several Muslim communities in southern Bulgaria includes radical Islam propaganda, according to Interior Minister, Tsvetan Tsvetanov.

Tsvetanov said Monday, the books and brochures were sent to Bulgaria from Islamic organizations abroad, pointing out the issue with radical Islam is very serious.

The Minister declared the joint operation of the Bulgarian National Agency for State Security (DANS), the anti-mafia police, and the Prosecutor's Office in the village of Lazhnitsa aimed at confiscating the extremist literature; at limiting the spread of radical Islam in Bulgaria by people from the alleged illegal Bulgarian branch of the extremist Al Waqf al Islami Foundaton.

The Bulgarian police Head further voiced his conviction the Islam cells, such as the one in Lazhnitsa, are financed from abroad.

Last Thursday, the authorities raided several houses in the village and seized literature, computer software and hardware. One of the raided houses was the home of the Lazhnitsa Imam, Mohamed Kamber. People in the village, including Kamber, reacted strongly to the search, and continue to firmly deny any participation in radical Islam movements.

Local Muslims say the Bulgarian authorities large-scale hit on alleged radical Islam cells in the southern regions is another PR action of Interior Minister, Tsvetan Tsvetanov, who wants to show the western world the country is dealing with terrorism. Others put the blame on circles behind Nedim Gendzhev, who was reinstated at the post of Chief Mufti by the Supreme Administrative Court, stirring outrage among the Muslim community in Bulgaria.