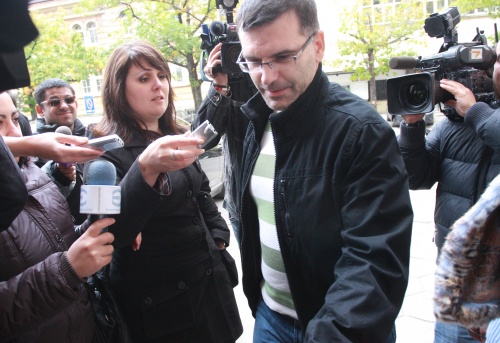 Bulgarian employers and trade unions have proposed an increase in social contributions payments by 2 percentage points as of next year, the finance minister announced on Sunday following their meeting.

The parties agreed that the number of years people had to work before drawing a full pension will start to progressively increase as of 2015 at the earliest, Simeon Djankov said without citing concrete figures.

"We should first make our calculations to make sure that the proposed increase will be sufficient for the planned revenues to the budget," he added.

The unofficial negotiations will continue on Tuesday.

Bulgaria's government backtracked on Friday on plans to increase social contributions payments by 3 percentage points as of next year to 31.5% in the face of strong resistance.

An overwhelming majority of Bulgarian employers – a whopping 95% - have taken a firm stand against the government's plans for an increase in social contributions payments, a survey shows.

The managers recommend that the government boosts revenues to the budget by cuts in the state administration, sale of state-owned stakes in enterprises, emission trading and concessions.

On Thursday a mass rally of 10 000 Bulgarian industrial workers in Sofia extracted concessions from the government on its controversial retirement reform plans.

The Bulgarian labor union KNSB (Confederation of Independent Bulgarian Syndicates) organized the protest in opposition to several social reform measures planned by the government of the center-right GERB party.

These included increasing the retirement age and the minimum number of years of service required for pension.

Earlier this month Bulgaria's Prime Minister Boyko Borisov said the government decided to up payments for social security for retirement by 3 percentage points in a bid to relieve the country's strained health care system.

The move was motivated by the fact that funds for healtcare, which are not sufficient anyway, are apparently being used to supply the state retirement pension system.

Business and employer associations slammed the increase and warned the move will hinder the country's fragile economic recovery.?

Bulgaria's seasonally adjusted gross domestic product marked an increase of 0.5% in the second quarter compared to the first three months of the year thanks to a rise in exports, pulling the country out of recession.

This was the first time that Bulgaria's GDP expanded since the recession set in at the end of 2008 and the beginning of 2009.

Bulgaria, the European Union's poorest country, faced its first recession in 12 years after a three-year lending boom stalled and foreign investment dried up.

The government has pledged to stick to a tight fiscal policy and keep the deficit below 3 % by the end of this year.

The recovery of the Bulgarian economy, which operates in a currency board regime, is lagging behind that of other Eastern European countries.

Analysts from local think-tanks have forecast that Bulgaria's economy is likely to continue to contract in the second half of this year and may fail to return to growth earlier than next year.

The European Commission said last month that Bulgaria's economy is likely to start to recover towards the end of 2010 under the impact of the international cycle.