Bulgaria Coach Lothar Matthaus: My Dream is to Qualify for Euro 2012 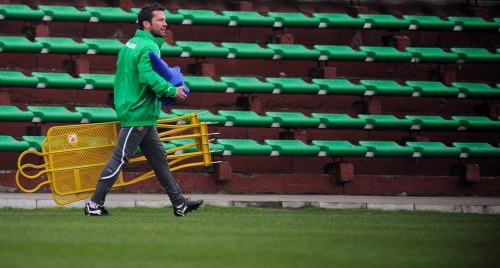 Bulgaria national football team boss Lothar Matthaeus has praised his side's response after the break of the clash against Wales in Cardiff, which marked his debut as a coach of the Balkan country.

"We started very badly in the first half," he said. "I felt we didn't play with passion and I was happy to go in 0-0 at half time.

"I spoke very critically to my players because when you play for the national team, you have to give everything and play with your heart.

"We came out completely differently and I congratulate my players, but we can never be satisfied. My dream is to qualify for Euro 2012."

Bulgaria's national football team beat Wales 1:0 in Cardiff late on Friday. The only goal in the match was scored by Bulgarian striker Ivelin Popov in the 48th minute.

Thus, after losing from England and Montenegro at the start, Bulgaria won their first three points in Group G of the Euro 2012 qualifications.

On Friday, Montenegro beat Switzerland at home 1:0, and made it to the first spot in the ranking with 9 points. England is second with 6 points (from only two matches), while Bulgaria is third with 3 points.