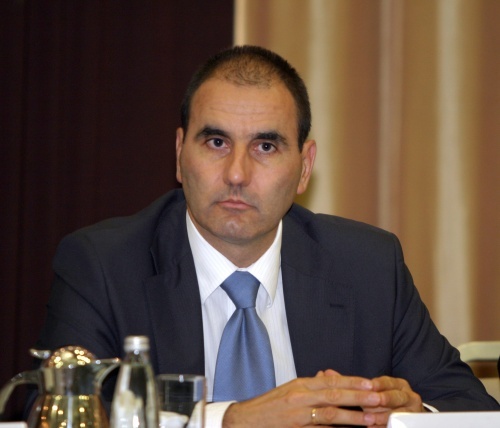 Tsvetan Tsvetanov, Bulgaria's Interior Minister, has claimed there will be no changes in the social benefits for policemen. Photo by BGNES

He has added that he discussed all possible solutions with the Police Labor Union Federation, whose Deputy Chair of the Managing Board, Borislav Maznev, announced last week that the union was negotiating joint protests with colleagues from neighboring Serbia and Romania, in addition to country-wide protests.

"Apparently these representatives, with whom we negotiate and who state such positions, either do not know what is going on, or do not want to understand, or are trying to intentionally create tension among the employees of the Interior Ministry," Tsvetanov said.

He added that all Interior Ministry employees will be informed Monday about the ministry's policy.

The police union have given an ultimatum to the cabinet to begin working out by mid-October the staggering problems such as the lack of funds for consumables, uniforms, maintenance and technical inspection of patrol cars, and for overtime wages.

Maznev has said that the policemen do not want anything else, but to keep their current social benefit such as the overtime pay, adding the additional BGN 50 M in budget 2011 would not help them since the funding would go to outstanding payments under old contracts of the Interior.