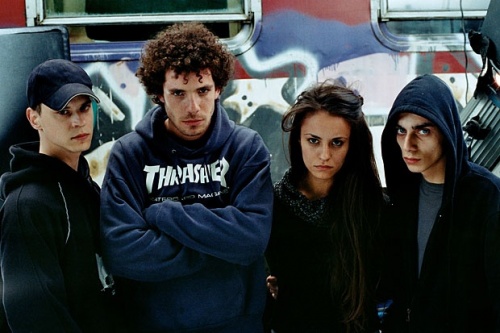 The award of the Varna City Hall went to the movie "Tilt." Photo by Chuchkov Brothers

Despite protests of Bulgarian filmmakers against the policies of the cabinet in the culture sector, the "Golden Rose" movie fest awards were announced late Friday evening.

22 Bulgarian films took part in the festival, 10 of them were premiers.

The best movie award went to "Eastern Plays" of director Kamen Kalev; this is also the Bulgarian nomination for the Oscars' best foreign film category. The audience award was bestowed to "Footsteps in the Sand" of director Ivaylo Hristov while the all-time Bulgarian box office hit in the last 20 years – "Mission London" was ranked third by the audience, behind the debut "Tilt" of Victor Chuchkov Jr.

The best movie director award went again to Kamen Kalev. The best male actor award was shared by Mariyan Valev for "Hunt for Small Predators," and Yavor Baharov for "Tilt." The jury did not give awards for best actress and best screenplay.

The movie "Shelter" of Dragomir Sholev got the best debut award, while Krum Rodrigez and Anton Bakarski shared the best camera work award for "Shelter," and "Hunt for Small Predators," respectively.

Ovanes Torosyan received the prize for best supporting male role for two movies – "Eastern Plays" and "Tilt" while Yana Titova received the same prize in the female category for "Hunt for Small Predators."

For the first time in the history of the festival, the jury gave awards in the short film category – the "Golden Rose" went to Grigor Lefterov for "Piece of the Rainbow."

The award of the Union of Bulgarian Filmmakers was given to "The Sacred Family" of Krasimir Krumov, the one of the Movie Critics – to "Hunt for Small Predators," and the award of the Varna City Hall (where the festival is held) – to "Tilt." The film "Emergency Landing" received the award for best TV movie.

The festival, however, ended without an award ceremony because the recipients refused to accept the statuettes in sign of protest.

The Bulgarian filmmakers reiterated they will inform European Institutions about the drastic cuts in movie financing and violations of the law requiring the State to finance a certain amount of filmmaking. They say they still hope of a constructive dialogue with the Culture Ministry.