50 000 Macedonian Bulgarians Said to Be Targeted in Macedonia 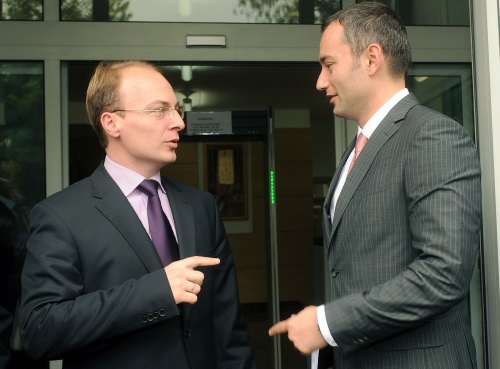 The Macedonia government is cracking down on Macedonians holding Bulgarian citizenship, according to representatives of Bulgarian organizations in Macedonia.

The government in Skopje has confiscated 90 cars of Macedonian holders of Bulgarian passports, which are registered in Bulgaria, according to Petar Kolev, head of the Preobrazhenie ("Transformation") Movement, and Mitko Georgiev from the Most ("Bridge") Association, as cited by the Trud Daily.

"More and more people in Macedonia are realizing their Bulgarian roots and have Bulgarian passports. Their cars are with Bulgarian license plates. They pay the due taxes in Bulgaria. The Macedonian authorities want to make them abandon their Bulgarian registration and to pay duties on importing these cars because they damaged the Macedonian roads. These cost EUR 1000-3000," Georgiev told the Trud Daily.

In his words, the real goal of the Macedonia government is a different one. Those who fail to register their cars in Macedonia will lose their Macedonian addresses, and will not be allowed to vote in Macedonia's general elections.

In September, the Bulgarian nationalist party VMRO-BND (not to be confused with the ruling party in Macedonia, VMRO-DPMNE, even though both claim descent from the Internal Macedonian and Thracian Revolutionary Organization VMORO founded in 1893) staged a protest against the "car" policies of the Macedonian government by placing barbed wire on the Bulgarian-Macedonian border as a symbolic gesture.