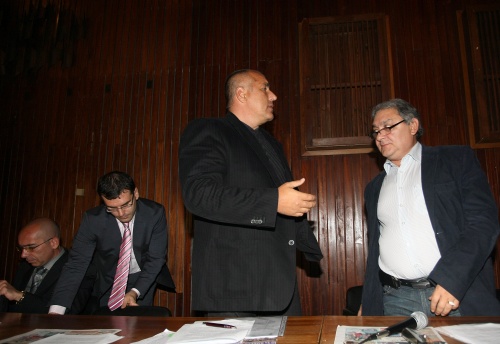 The Bulgarian government decided to up payments for social security upon retirement by 3% in a bid to relieve the country's strained health care system.

The move is motivated by the fact that funds for healtcare, which are not sufficient anyway, are apparently being used to supply the state retirement pension system.

It was announced by Bulgarian PM Boyko Borisov and confirmed by Minister of Labour Totyu Mladenov later on Tuesday.

As part of the measures, hiding of insurance payments for employees on the part of employers will be criminalized.

The minimal salary at which different professions have to be insured will also be gradually upped in the coming years.

On the other hand, the labor minister also announced that the goverment will for now retract earlier proposals to up the work experience required for retirement.

The initial statement was issued by PM Borisov at an emergency meeting of the Bulgarian Medical Association to discuss looming protests of Bulgaria's doctors over the looming collapse of state healthcare finances.

Earlier Tuesday morning Minister of Finance Simeon Djankov, who was also present at the meeting, had released the idea to redirect funds from the reserve of the National Health Insurance Fund (NZOK), which cannot be used anyway, to the National Social Security Institute (NOI), which is at a large deficit.

The idea to up retirement security payments was first suggested by trade unions.

Now PM Borisov motivates it with the need to direct payments for healthcare to healtcare only in a bid to relieve the under-funded system.

According to him, up to now retirement pensions have unduly been paid with funds from the healthcare system, which apparently is the reason for the strain put on it resently.

In a style that has become one of his favorites, Borisov blamed for that the former Bulgarian tripartite coalition government. He did not state why his cabinet continued that practice.

"If you want more money for health, will up the retirement installment and clean the system!" said Borisov addressing medics.

The cabinet has been accused for funding the retirement funds with health care assets.

Earlier Minister of Finance Simeon Djankov had implemented a lowering of the payment for social securty, which according to some has affected adversely retirement funds.

It is not clear yet how trade unions and medics will react to the ideas of upping retirement payments and for transfer of healthcare reserve funds to the retirement system.

In an important further statement, the PM vowed to pull out the National Health Insurance Fund from the control of the Ministry of Finance and the responsible deputy-FinMin and to turn it into a "public company."

Representatives of Bulgaria's employers swiftly protested against the proposed measures.

The government has the support of the trade unions, on the other hand. In order to be enacted, the measures have to be passed by Parliament. The cabinet vowed to table the draft act by October 19.