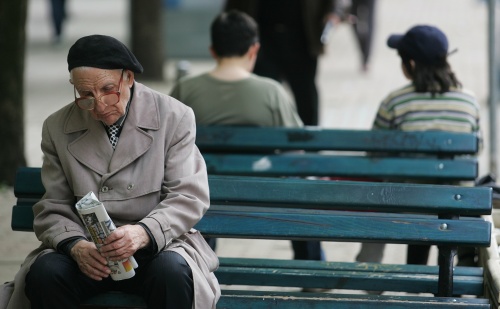 The average quarterly income in Bulgaria for the second quarter of 2010 has decreased, but the food consumption has slightly increased. Photo by BGNES

The average quarterly income per person in the second quarter of 2010 was BGN 906, which is a decrease by 0,9% , year-on-year, statistics showed.

According to data from Bulgaria's National Statistics Institute (NSI), the salary continues to be the main source of income for households.

Pensions, social assistance and child allowance make up 34,5% of the income for the period April-June 2010.

In the second quarter of 2010, households spent an average of BGN 804 per person, which is a drop by 2,1% in comparison to the same period last year.

Statistics have also showed that food consumption slightly increased in that period.