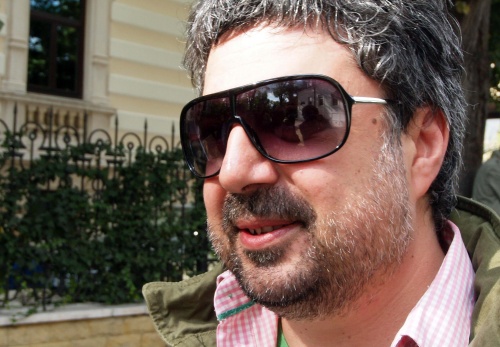 Bulgarian film director Dimitar Mitovski has stated that Culture Minister Vezhdi Rashidov should "resign with dignity" if he fails to convince the government to provide more funding for cinema. Photo by BGNES

The protest of the Bulgarian directors is based not only on the lack of state funding, but mostly on the government's attitude towards culture, director Dimitar Mitovski has announced.

The comment of the director of Bulgaria's hit movie "Mission London" was made in reference to the number of Bulgarian film directors and producers who left the yearly Golden Rose film festival in Varna on Sunday as a sign of protest over the government's failure to abide by legislative norms and refusal to duly support of Bulgarian cinema.

"The state provided funding of BGN 9 M and we are fighting for the BGN 17 M, which are envisioned by law. Bulgaria is the country with the smallest budget in Europe for cinema and culture. Even small Macedonia receives more funding for culture," Mitovski said.

He also claimed that the protest of the directors and filmmakers did not aim at demanding resignations. However, he stated that Bulgaria's Culture Minister Vezhdi Rashidov, should convince his colleagues from he government that they should provide money for culture.

"If Rashidov does not manage with this task, he should resign with dignity," Mitovski said.

According to the director, no European country leaves its cinema at self-support. He pointed out that there are alternative methods for support of cinema, which have not been implemented in Bulgaria.

"Cinema in Bulgaria is reviving. In time of growth and generation change in this field, the budget is cut. If this does not change, in the next three years there will not be any Bulgarian movies," Mitovski said.