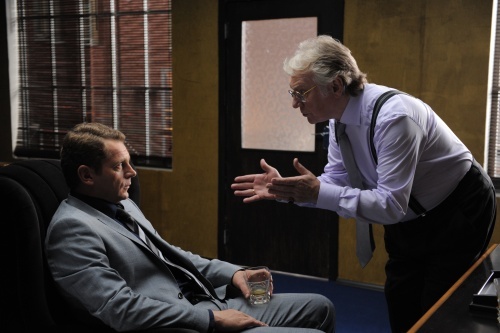 Bulgarian motion picture “Mission London” has turned into an all times record blockbuster. Photo by BGNES

The 29th edition of the festival for Bulgarian feature film "Golden Rose" opens Saturday in the Black Sea city of Varna with the hit Bulgarian movie "Mission London" of Director Dimitar Mitovski.

The organizers are the Agency "National Film Center," supported by the Ministry of Culture, the municipality of Varna, the Bulgarian National Television (BNT), the Festival and Congress Center in Varna, and for the first time - the Varna company "Artin Vision," which specializes in organizing musical and film events.

This year's edition of the festival will include all Bulgarian motion pictures that have been made in the last two years since the festival was held. A total of 22 movies will be shown during the six-day program, from October 2-8, and half of them are premieres.

Out of all movies, 15 have been made with the financial support of the agency "National Film Center," 11 have been finished in 2010, 6 have been produced by the Bulgarian National Television and 3 have been independent productions and have received financing outside of the system.

All films, included in the festival's program, will be judged by a five-member jury panel, whose Chair is Bulgarian director Ivan Nichev, also a "Golden Rose" winner. In addition to the "Golden Rose" for best motion picture, the jury will give awards for best TV film, best director, cameraman, screenplay, best actress and actor, best movie debut and the special award of the city of Varna.

For the first time in the history of "Golden Rose" the festival includes a competition for short feature Bulgarian film.

Aleksandar Donev, executive director of the agency "National Film Center," says the organizers wish to hold the festival annually, so that it has a permanent place in the national and international culture and film festivals calendar.