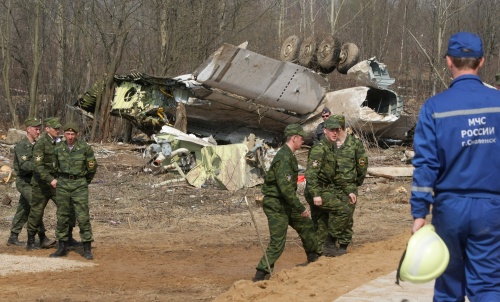 The Polish Ministry of Foreign Affairs informs Saturday three Polish journalists have been arrested in Russia, at the site of the Smolensk plane crash.

The reporters were detained Friday by Russian soldiers because on two occasions they entered the “no trespassing zone,” guarded by the Russian army.

The Polish citizens wanted to take pictures of the remains of the aircraft.

A representative of the Polish Embassy in Moscow made statements the case is “very serious.”

Polish President Lech Kaczynski, his wife Maria and much of the political and military elite of the country died on April 10 on their way to pay tribute to the victims of the Katyn Massacre and take part in remembrance ceremonies. All 94 passengers and crew were killed.