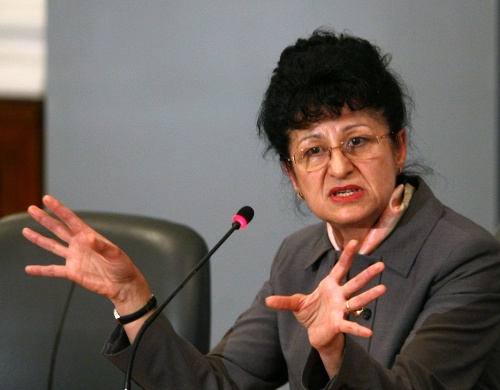 Bulgaria's Health Minister, Anna-Maria Borisova, has resigned because she failed to coordinate her idea of hospital copay with the leadership of the ruling, center-right GERB party.

The statement was made by Prime Minister and leader of the Citizens for European Development of Bulgaria (GERB), Boyko Borisov, for the media Wednesday.

Borisov said the copay idea could have been the right one, but Borisova made a mistake in announcing it before party and cabinet debates.

The scandal broke when the Health Ministry published on its official site a "Concept for Health Care in 2010 -2015," which included the introduction of 20% hospital copay.

On Tuesday, the PM denied there will be such copay while the Minister made statements earlier Wednesday the copay still stands and it was announced in the early afternoon Borisov has accepted her resignation.

When questioned if the Minister submitted her resignation voluntarily or was asked to do so, the PM replied: "It is not easy to become a professor – many qualities are needed for it. Ms. Borisova has these qualities and realized on her own that when the party no longer trusts her, she would face lots of difficulties in carrying out the reform in the Parliament. She came to me, asked me for my opinion, and I told her the right move is to resign. She had the resignation on her, and we were done in a minute."

Borisov further said he had made inquiries and found out plenty of cabinets change their health minister several times, adding the mess in Bulgaria's health sector is such that it would be very hard to fix.

"I do not want to insult Bulgarian doctors, but many do not put the patient first. Copay has existed in Bulgaria for ages, but people brought candy, chickens and eggs instead of money. The idea would be left to the new minister, who will have to organize round tables and debates on it," the PM explained.

Borisova is stepping down only a few months after she took over from her predecessor Bozhidar Nanev, who resigned at the end of March 2010 over a conflict of interest investigation.