Bulgarian Govt Strikes Deal with Business for 9% VAT in Tourism 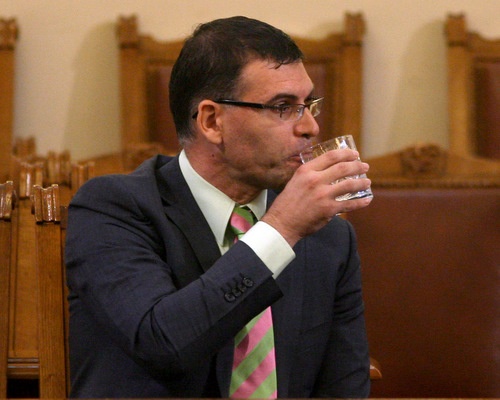 Bulgarian Finance Minister Djankov has reached a deal with the business sector on the VAT in tourism. Photo by BGNES

The Bulgarian business organizations and syndicates have supported the government's proposal for tax changes, including the introduction of a flat 9% value-added tax (VAT) in the tourism sector.

This has emerged after Tuesday's meeting of the Council for Tripartite Cooperation, an informal body for discussion of financial and economic policies uniting representatives of the Bulgarian government, the six major private business associations, and the two major trade unions in the country.

Over the past few days, the Council debated the both the proposals for tax changes and the Finance Ministry's draft 2011 State Budget Act.

The business sector and the syndicates granted their backing for several changes in the tax legislation, which, while not sweeping ones, prove crucial for certain sectors of the Bulgarian economy. All changes agreed upon by the Council are expected to be formally approved by the Cabinet on Wednesday.

The flat 9% VAT on tourism services will be introduced as of April 1, 2011. Over the past weeks the government and business sector discussed various options ranging from 7% to 14% and 19%.

The move comes in response to the demand of the European Union that Bulgaria should harmonize tourism VAT, which currently stands at 7% for organized groups and 20% for individual tourism.

On Monday, as the debates were still in progress, Deputy Economy Minister in charge of tourism said the change will be introduced in the spring of next year in order not to disturb the business plans that tour operators already made for the next season.

The idea for a flat tourism VAT tax has sparked an outcry from tour operators and hoteliers, who called it "ridiculous" since all contract deals with foreign tour operators for the clients' vacations in Bulgaria in 2011 have already been signed and called for postponing the new tax until 2012.

Tourism is one of the most important industries for the perennially cash-strapped Bulgaria - it not only provides nearly 10% of the country's GDP, but is also a significant source of foreign currency and jobs. The industry has also been traditionally the favorite sector of those in power - it is the only one that enjoys a reduced value-added-tax since the mid 1990s, as the VAT in all other sectors – including on books and medicines – is 20%.

Other tax legislation changes approved on Tuesday are increasing the excise tax on smoking tobacco from BGN 100 to BGN 152 per kilogram, a measure following the introduction of higher excise on cigarettes earlies in 2010, as well as the introduction of a 10% tax on off-shore zone services.

At the same time, the business, unions, and government agreed to reduce from 10% to 5% the tax on income from interest, copyright and license fees paid by local judicial persons to judicial persons from another EU member state when the two legal entities are connected in accordance with certain provisions of EU law.

As a result of the protests of the business sector, the Finance Ministry agreed to back out of its idea to reduce the rates of amortized costs, which would have increased the amount  taxable income of private companies. Even though the state revenues from this measure would have been roughly the same, it had been put forth for technical convenience, according to government experts.

While the syndicates and the business associations back the proposed tax changes, they have disputed some of the provisions that the government has invested into the draft 2011 state budget bill.

The business organizations as a whole have demanded that the Cabinet should project smaller economic growth for 2011, arguing that the figure of 3.6% is unrealistic.

At the same time, the syndicates, while also slamming the economic growth projection demanded the increase of the minimum salary from BGN 240 to BGN 270 - a demand opposed primarily by the employers who want to keep it at their present level.

The head of the Bulgarian Industrial Association Bozhidar Danev even described the draft budget as "science fiction."

Despite the disagrements, the head of the Bulgarian Chamber of Commerce and Industry (BCCI) Tsvetan Simeonov has remained optimistic about the 2011 draft budget, and has also welcomed the agreement reached between the government and the business sector on the tax changes.

According to Simeonov, nobody should be concerned by the 3.6% of economic growth that many consider unrealistically high. He urged the government to seek ways to increase the collectibility of taxes, and pointed out that if the Cabinet's expectations of a budget deficit of 2.5% in 2011 appeared to be miscalculated in the first half of the year, this will mean that the government will have to review the budget much as it in did with the 2010 budget in June.