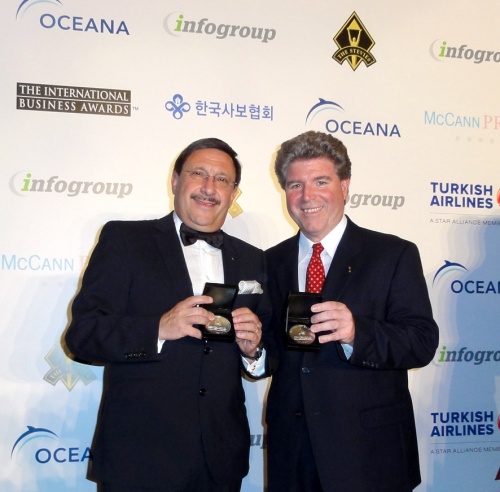 The medals were presented to Behar by Michael Gallagher, CEO of the Stevie Awards, and by Tanya Beckett, one of the top anchors of the BBC World Service, Monday night at a ceremony in the ballroom of the Ritz Carlton Hotel in Istanbul, Turkey.

M3 Communications Group, Inc., a Hill & Knowlton associate, grabbed the Stevie Awards in the categories "Public Relations Agency of the Year in Europe" and "Most Innovative Company of the Year in Europe." This is the second time that the company makes it to the finals for the best PR agency after its success in 2007.

Nicknamed the Stevies from the Greek word "crowned," the recognition is part of the only global business program, created to honor the efforts, accomplishments and positive contributions of companies and business people worldwide.

"These awards show that Bulgaria's PR business measures up to the global level," said Maxim Behar, M3 Communications Group, Inc. CEO. "The honor, one of the many awards that our company has received for the last fifteen years, is recognition for the efforts that we are making to develop our business."

M3 Communications Group, Inc. took part in the contest together with more than 1000 companies from more than 25 countries. Stevie Awards CEO Michael Gallagher chaired a 45-member jury that determined the winners. The preliminary judging of entries was conducted for more than two months by judges from across the world.

The best ones competed in a number of categories, including "Best New Product or Service of the Year" and "Best Corporate Social Responsibility Program".

M3 Communications Group, Inc. landed its award in the category “Most Innovative Company of the Year” with its well known project "Experience Sofia – 130 Years Capital" by Alpha Bank.

The project made it possible for the citizens of the capital to enjoy the romanticism and architecture of past centuries on the occasion of the 130th anniversary since Sofia was declared Bulgaria's capital and Alpha Bank was established (both happened in 1879).