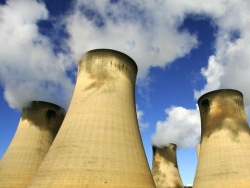 Five power plants in Bulgaria that do not meet EU eco-requirements must close down by end of October, raising concern about environmental responsibility, energy supplies and unemployment.

At least three of the plants - Brikel, Maritza Iztok 3 and Bobov Dol - are owned by controversial Bulgarian tycoon Hristo Kovatchki, who has had a long record of failing to invest in upgrades in facilities he owns.

The Bulgarian state has vowed to plead in front of the European Commission for an extension of the deadline until which the facilities must come into line with EU requirements, but deputy-Minister of Environment Evdokiya Maneva stated Monday that the power plants must close, or Bulgaria will face heavy penalties.

Bulgarian trade union Podkrepa staged a consultation over the matter Monday, also calling for keeping the power facilities and stating that Bulgaria might face an energy shortage.

What is more, trade union officials warn of 10,000 workers left unemployed should the power facilities close.

Beginning of September Kovachki has vowed to invest EUR 38 M in equipment to render energy production at his plants more eco-friendly. The facilities also need additional emission quotas, which the Bulgarian government has made some statements that it will deliver.

The actions of the Bulgarian government in support of Kovachki's enterprises have raised some controversy, with some criticising state support of a businessman who is currently under investigation for tax evasion, while others in favor of the state defending the energy sector.

Notwithstanding, the Bulgarian government has asked the EU Commission to extend the deadline until which the power plants have to comply with environmental regulations.