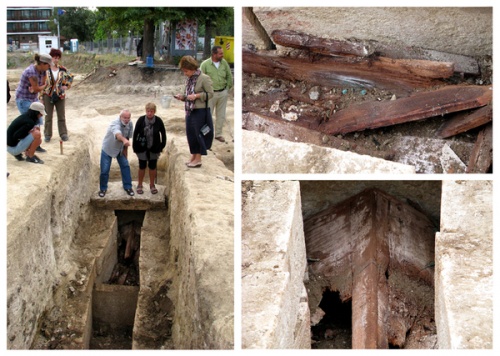 Bulgarian archaeologists have uncovered two ancient graves during excavations in the Necropolis of Mesambria in the Black Sea town of Nessebar.

The team led by Aneliya Bozhkova and Petya Kiyashkina, co-head of the archaeology team and head of the museum "Ancient Nessebar", opened a stone tomb found deep into the ground.

In one of the two ancient graves, the excavators discovered a wooden coffin dating back to the 3rd century BC.

The two graves will be researched carefully over the coming days. They are not the only exciting discovery at the ancient Greek colony Black Sea colony of Mesambria made in the past weeks.

The same team of archaeologists recently found a bronze hydria in a tomb dating back to 4th century BC.