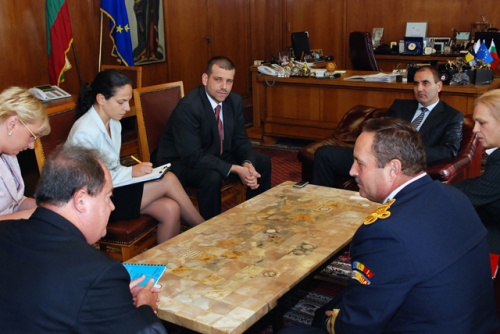 The Interior Ministers of Bulgaria and Romania have confirmed their hopes of joining the Schengen Agreement in March 2011.

Tsvetan Tsvetanov and Vasile Blaga met Thursday after as part of the visit of a Romanian state delegation led by President Basescu to Bulgaria.

Both ministers expressed their happiness with the existing bilateral mechanisms for police cooperation, and with the instituted reforms for joining the Schengen Information System.

Tsvetanov and Blaga declared their mutual determination to get their countries inside the Schengen Area within the set deadline of March 2011. Both said the joint police units patrolling Bulgaria's Black Sea coast, which attracts about 1 million Romanian tourists annually, have achieved their goals.

Earlier on Thursday, the two ministers signed an administrative agreement to facilitate the application of the so called Dublin II Regulation, an EU law that determines the EU Member State responsible to examine an application for asylum seekers seeking international protection under the Geneva Convention and the EU Qualification Directive, within the European Union.

The ministers did not comment on the possibility that the issues with Roma squatters deported to Bulgaria and Romania by France might jeopardize the two countries' chances to join Schengen next year.