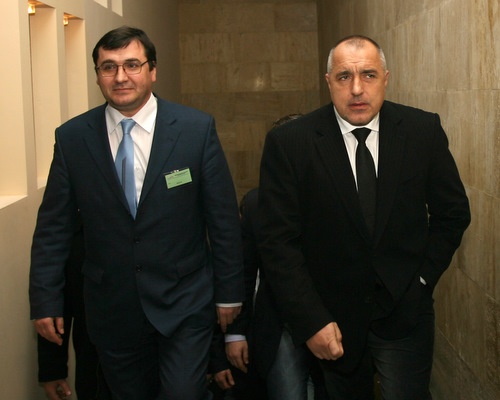 Former allies Plovdiv Mayor Atanasov (left) and Prime Minister Borisov (right) have been at odds for months over the Sofia waste crisis. Photo by BGNES

The Bulgarian Plovdiv Municipality has started a legal procedure against the central government over the controversial measure to deposit household waste from the capital Sofia on its territory.

On Thursday, September 23, the Municipality of Plovdiv is going to file two suits with Supreme Administrative Court against the central government over its last week's decision to continue to deposit household waste from Sofia in depots around the country, which is a continuation of an already existing policy.

Because of its overpopulation in the past 15 years, Bulgaria's capital Sofia was unable to keep up with its waste disposal facilities as all of its major landfills became overfilled.

While the municipality and the government are currently building a waste recycling plant with EU funding, which is supposed to relieve the situation, in 2009 the Cabinet decided to transport waste from Sofia to four municipalities around the country, including Plovdiv and Silistra, in exchange for additional subsidies for the local budget.

However, as the Finance Ministry delayed payments of the promised "trash" subsidies in the recent months, Plovdiv Mayor Slavcho Atanasov has become increasing critical of the Cabinet. Atanasov was elected on the ticket of the nationalist party VMRO but with the massive support of the now ruling party GERB of Prime Minister Boyko Borisov back in the 2007 local elections.

Plovdiv city councilor Dani Kanazireva announced on Wednesday Mayor Atanasov had authorized her and the chair of the Plovdiv City Council, Ilko Iliev, to act the municipality's lawyers in its suit against the central government.

The two suits to be filed with the Supreme Administrative Court demand the revoking of the Cabinet decision to deposit garbage from Sofia in other municipalities, and the immediate termination of the execution of this decision.

In addition, the Plovdiv Municipality has sent letters to the President and the Chief Prosecutor because they have the right to refer an issue to the Supreme Constitutional Court, which has the power to declare a measure unconstitutional.

Plovdiv has been accepting garbage from Sofia for several months now at its waste depot at Tsalapitsa in exchange for a promised subsidy of BGN 15 M, which probably won't be received before the end of the year.