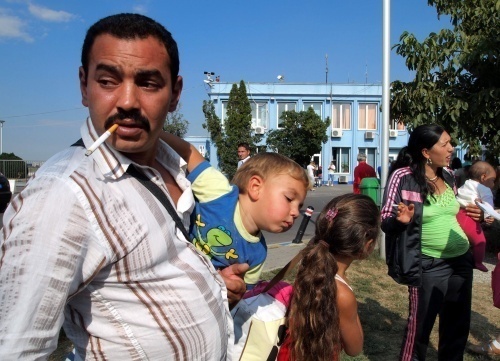 The Roma people who live in the Netherlands might also face expulsion if Dutch Christian Democrat MP Mirjam Sterk puts her words into action. Photo by EPA/BGNES

Dutch Christian Democrat MP Mirjam Sterk has announced that Roma should be deported from the Netherlands as well, the Dutch newspaper Ad reported.

Sterk's statement expressed support for the recent French policy to repatriate all Roma from Bulgaria and Romania.

The Dutch newspaper also reports that the Roma community in the Netherlands has been shocked by the news and feared mass deportations to their homelands.

"This group causes a lot of nuisance in many Dutch towns. I can imagine they would rather get rid of them. If these people are not employed, sending them back is a good approach," Sterk said, as reported by Ad.

According to the newspaper, after 2014, Roma people will no longer need work permits in order to live and work in the Netherlands and this has been the reason why Dutch Christian Democrats wanted to deal with the situation before that date.

The administration of French President Nicolas Sarkozy and the government started to crack down on illegal Roma squatters' camps in July-August with the argument that these illegal settlements are a security threat. The subsequent de facto deportation of Bulgarian and Romanian Roma has drawn much international criticism on France.