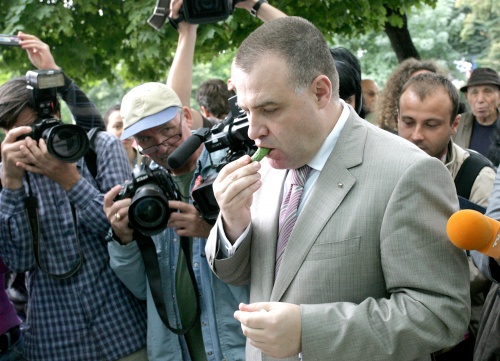 Bulgaria's Agriculture Minister has moved to establish a special commission for the investigation of the notorious land swap deals after the European Commission requested action from the Sofia Prosecutor's Office.

Agriculture Minister Miroslav Naydenov has issued a special decree to set up the new commission, which will be investigating a total of 5 000 deals between the state and private companies and individuals for swapping land plots between 1999 and 2009.

The investigators will look at the administrative procedures, and will be obliged to submit their findings to the Prosecutor's Offices.

On Monday, a Bulgarian newspaper reported that the European Commission requested that the Prosecutor's Office in Bulgaria conduct checks of all land swaps in the country.

Bulgaria's land swaps became notorious, since they frequently involved attractive state lands exchanged for properties of much less value. Some 111 200 acres of state land have passed into private hands since 1998.

The Commission is investigating whether those constitute illegitimate state aid to private individuals and firms. Brussels has also reportedly pointed out 13 swap deals that must be annulled because of manifest breaches of legal regulations.

The formal stance of the Borisov government is that the land swap deals are criminal acts designed to benefit certain firms and individuals by the former governments, and should not be construed as deliberate state aid to private companies, which would be a breach of EU competition regulations, and would mean sanctions for the Bulgarian state.

Dubious exchanges of state lands have led to the filing of charges against the Minister of Agriculture from the former cabinet Nihat Kabil.

Some of the swaps have gained notoriety as they were in favor of well-known businessmen and involved lands promising for developing tourism.

According to Agriculture Minister Miroslav Naydenov, the Bulgarian state lost between BGN 2 B and BGN 8 B from unfavorable land swap deals in 2001-2009.