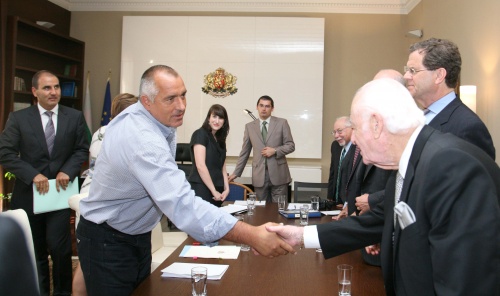 Seven leading US Jewish organizations have asked Bulgaria for help within the EU and the UN against the Iranian nuclear program.

The call was made in New York City where Bulgarian Prime Minister Boyko Borisov had a meeting with the American Jewish leaders, reported the Bulgarian National Television.

The initial formal announcement of the press center of the Bulgarian Cabinet stated that Borisov had discussed investment opportunities in Bulgaria with the Jewish organizations.

According to the BNT report, however, the Jewish advocacy groups have expressed concern over Iran's nuclear program because it might endanger the safety of the State of Israel if it is not for peaceful but for military purposes.

That is why, as a UN and EU member, Bulgaria has been urged to support the international sanctions against Iran aimed at making it drop its nuclear enrichment program.

The national TV further says that the US Jewish leaders "promised investments in Bulgaria's agriculture" in exchange for the country's diplomatic support on the Iranian nuclear issue.

The Bulgarian Foreign Minister Nikolay Mladenov and the Bulgarian Ambassador to the USA, Elena Poptodorova, were also present at the meeting.