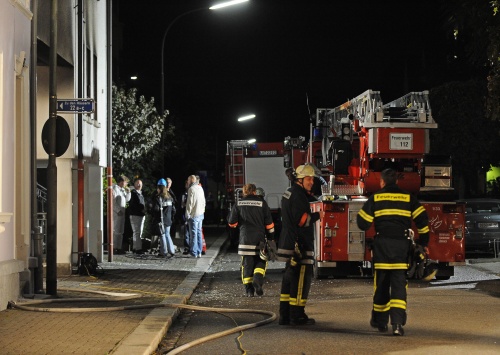 Rescue workers gather at a street in Loerrach, Germany, following a shooting rampage that began in an apartment building and continued in neighboring St Elisabethen Hospital. Photo by BGNES

A woman armed with an automatic weapon has shot dead one person at a hospital in the German town of Loerrach, near the French and Swiss borders, BBC reports.

Police inform there was an explosion in an apartment building, after which witnesses saw the woman run across the street into St Elisabethen hospital holding a gun. Once inside, she killed a male nurse and critically wounded a police officer who happened to be in the hospital at the time.

When police arrived at the scene, the woman turned the gun on the officers, who shot back and killed her.

Police believe the shooting is linked to an explosion at the apartment building where they found the bodies of a man and a child. The authorities say most likely a domestic dispute triggered the shooting.

Neither the woman nor those found dead in the flat have been named.

The area is sealed off.