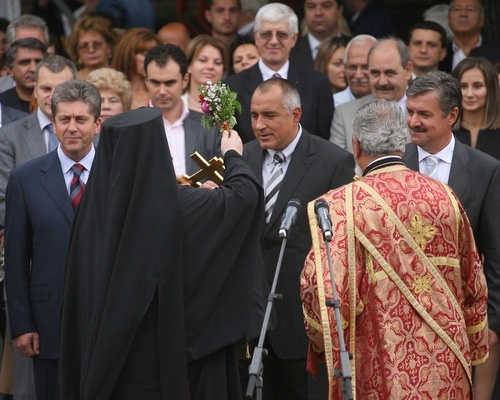 The September 17, 2010 events dedicated to the Day of Sofia will be opened with a parade starting at 11 am from the "Zaimov" park in downtown Sofia, the City Hall informs.

The flag of the capital will be hoisted at an official ceremony and a liturgy will be held in front of St. Sofia church. The ceremony will be attended by Prime Minister, Boyko Borisov.

The City Hall will mark the day with a ceremonial meeting to bestow the six "Honorary Citizen" of Sofia titles. This year's recipients are: writer Anton Donchev, sculptor, Velichko Minekov, the founder of the Sofia History Museum, Magdalina Stancheva, the founder of the Paratrooper's Union, Hikola Kostadinov, oncologist, Prof. Stanko Kirov, and the Japanese Ambassador to Bulgaria, his Excellency Tsuneharu Takeda.

Beginning at 7 pm, at the National "Ivan Vazov" Theater, the City Hall will bestow the awards for achievements in arts and culture, and the ceremony will be aired on the Bulgarian National Television.

In 1992 Sofia municipal council selected this date for Sofia's Day at the proposal of the then mayor.

Between 1979 and 1992 Sofia's Day was marked on April 3, the day when Sofia was pronounced Bulgaria's capital back in 187