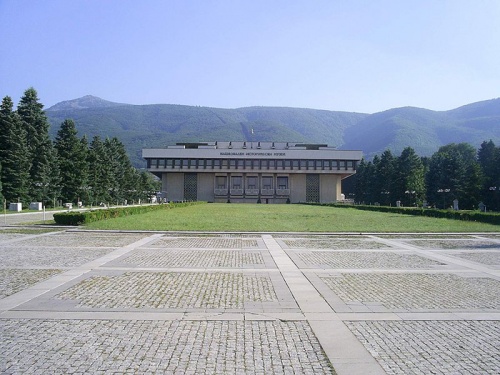 The two newly revealed early Christian tombs from the necropolis of the ancient Roman city Serdica, today's Sofia, will be displayed at the National Museum of History. File photo

The Bulgarian Culture Minister Vezhdi Rashidov has stated that the early Christian tombs from the necropolis of the ancient Roman city of Serdica, which is today's Sofia, are a new tourist attraction.

"Constantine the Great has said that Serdica was the new Rome. Thanks to these tombs one could see that Sofia is a very important city with a very important heritage. I am honored to say that the United States had the opportunity to support the project," said the US Ambassador to Bulgaria, James Warlick.

The tombs have been restored through the US Ambassadors Fund for Cultural Preservation and are part of the Culture program at the Sofia municipality.

"The goal was to have an open space right next to the tombs, displaying the theme of the funeral practices in ancient Serdica. One cultural destination was born and it is comparable to the best European practices," said Tsvetana Kisyova, executive director of the National Museum of History.

She added that the tombs will contribute to the enrichment of the cultural heritage of the Bulgarian capital and for its decentralization from the center to the periphery of Sofia.