CNN Anchor Jim Clancy: Traditional Media Was Too Complacent in the Past 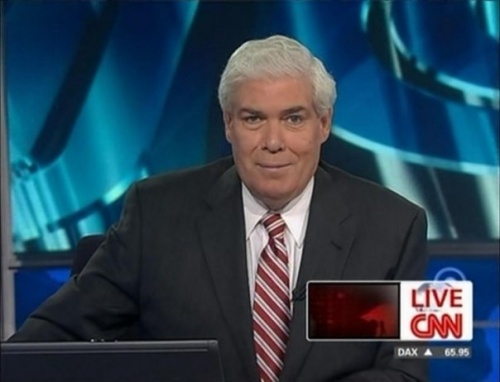 CNN news anchor and journalist Jim Clancy has received special thanks from the IPI for his contribution to the 60th World Congress of the organization.

Interview of Novinite.com (Sofia News Agency) with Jim Clancy, renowned CNN news anchor and journalist. The interview was made during the 60th World Congress of the International Press Institute in Vienna and Bratislava where Jim Clancy moderated many of the discussions, receiving special thanks from the IPI for his contribution.

This might be a clich? question but it is an important one – as one of the world's top news anchors, are you afraid you are losing the news with the advent of the new media, the social media?

I don't think so, I don't think that it's a matter of losing the news. It's a question of who's leading the news, and I think the mainstream media was far too complacent in the past, thinking that this was something that they owned. They don't own it.

Ideas belong to individuals. The Internet has made it possible for those individuals to put their ideas out in the marketplace, to share them, and it's striking a tone, it's striking a note with many people who are saying, "I agree with that, that's a good point. We should be considering it, our politicians should be considering it. Maybe we don't need the mainstream media to dictate our thinking is going, which direction it is taking today.

CNN is the probably the most prominent media in the world. How is it adapting to this new media environment?

CNN was very quick to pick upon what this new media is about. CNN.com today is one of the most popular, if not the most popular website for news anywhere in the world, and it's constantly re-inventing itself.

On the air CNN is using things like Skype, Twitter, and Facebook much more in order to bring the viewpoint of individuals and the audience. Use the Internet to share the ideas of individuals that don't necessarily fall under purview of our editors, and listen to what they have to say. If we don't do that, we are losing out, we are not leading the news. We can lead by using the Internet in a way that it best serves everyone.

You have been at the world congress of the International Press Institute for three days, with journalists from all over the world. What is your impression of media and press freedom around the world? Is it getting worse? How is the media environment changing globally?

The media environment around the world is changing constantly. New media has something to do with that. But at the same time some of those threats against press freedoms, against the lives of journalists, they've always been there but they change with the conflicts.

They change as the conflict shift around the world. Mexico today is one of the most dangerous places ever to be a journalist. It's only been in the last six years that that's been the case. Elsewhere in Latin America I think we've seen easing of the problem. Africa too remains a real problem area. The Middle East still far short of real press freedoms.

And I think that both satellite news coverage, the Internet and other forces are really changing the governments. Some governments respond when they realize things can't go on as they have in the past. Others are reacting in very harsh ways in order to crack down on any journalist.

It doesn't matter if you are a citizen reporter who has a blog site, or a mainstream media reporter. You are being crack down on in these places by these people where the free flow of ideas is a threat to their grip on power, both economic and political.

What is it like to have a Bulgarian member on the CNN team? I am talking about Ralitsa Vassileva.

Ralitsa Vassileva happens to be one of my favorite in the entire newsroom. In fact, she is doing my program, "The Brief", while I am here in Vienna and Bratislava, at the International Press Institute's 60th World Congress. Ralitsa Vassileva is back there in the office working. And I thank Ralitsa Vassileva, she brings a richness and understanding to CNN International that we absolutely love. You gotta understand, Ralitsa is Ralitsa. She is one of our favorites.