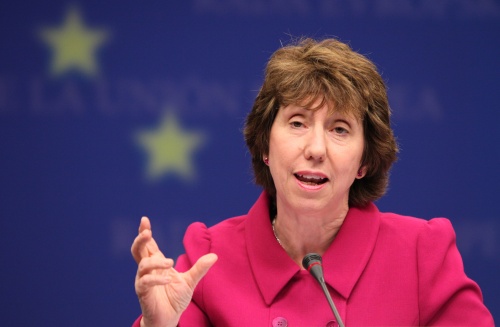 Bulgaria, Poland and Lithuania are the only countries from the newcomers in the European Union, which acceded in 2004 and 2007, that managed to land seats in the first round of appointments to the Union's delegations around the world.

Catherine Ashton, the European Union's foreign policy chief, named the first round of appointments on Wednesday.

Vygaudas U?ackas, Lithuania's foreign minister, who was appointed EUSR and head of delegation in Afghanistan in March, will retain his diplomatic post there.

Markus Ederer, the head of policy planning in Germany's foreign ministry, is to head the EU's delegation in China. Hans Dietmar Schweisgut, Austria's permanent representative to the EU, has been named as head of delegation in Japan. The South Africa job goes to Roeland van de Geer, a Dutch diplomat who currently serves as EU Special Representative (EUSR) for the Great Lakes region.

Of the 28 new heads of delegation and one deputy head named today, three are from the EU's new member states and eight are women. Some of the most important posts – such as China, Japan and South Africa – go to diplomats from older EU member states. In all, member states take 13 posts and the European Commission 16. No jobs have gone to officials from the Council of the EU, although three of the 13 national diplomats are currently working for the Council.

The best-represented member states in this round are Spain with five appointments and Ireland and France with three each.

In announcing the appointments, Ashton said: "As promised to member states, the European Parliament and EU citizens, I have appointed the best people for the right jobs." She said that she had "made a start" to address gender and geographical balance in the new European External Action Service (EEAS), a core demand of member states and MEPs. "These appointments show an improvement in both but there is more to do," she said.

The appointees named on Wednesday will be transferred to the EEAS when the service launches in December or January. They will take up their posts once their future host country has granted their accreditation.