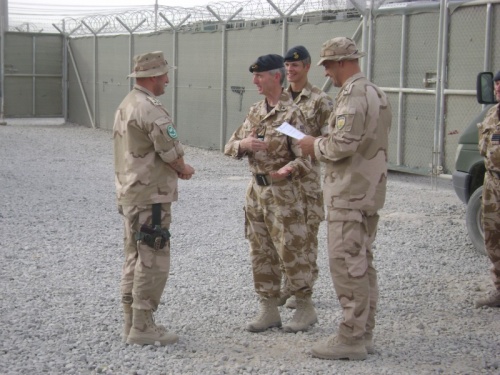 Bulgarian servicemen at Kandahar airport were given a distinction by airport commander Gen. Gordon Moulds this August. Photo by BGNES

The offender was detained in accordance with standard procedures and handed over to Afghan police.

Just a couple of days ago Bulgarians fended off another attempt at unauthorized entry, which turned out to be authored by drunken locals.

Around 300 Bulgarians are in charge of security of the south perimeter in the southern Afghan province of Kandahar, seen as a Taliban bastion.

Bulgaria participates in the international forces in Afghanistan with a total of around 530 security servicemen, including medical personnel, in Kabul and Kandahar.

Some 70 more Bulgarian soldiers are expected to join the mission by end of 2010.