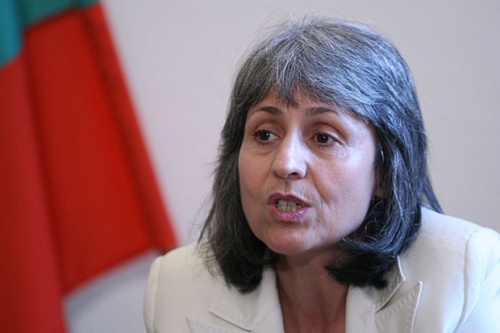 Bulgarian Minister of Justice Margarita Popova is a key actor in the ongoing judicial reform. Photo by BGNES.

Bulgarian authorities will be able to confiscate property merely on the basis of charges raised, and not only after a verdict has been issued, if new legislation considered by the Ministry of Justice is passed.

The draft of the so-called "Law on seizing inexplicable property" aims to hit at grey economy and organized crime by confiscating property of persons whose declared income is considerably less than what he owns.

The texts, which are motivated by raising the efficiency of the judicial system, have already provoked an outcry among rights activists.

The Ministry of Justice has consulted the Venice Commission, a Council of Europe rights body, on the substance of the draft, and the Commission's final decision is expected in mid-October.

Nevertheless, Venice Commission Secretary Thomas Markert has already voiced approval of the bill, stating it is a proportionate reaction to Bulgaria's problems with organized crime.

Prior, more radical ideas, such as a fixed difference between income and property, and confiscation based on anonymous signals, have been dropped.