Bulgaria to Try to Patent Rakia in the EU 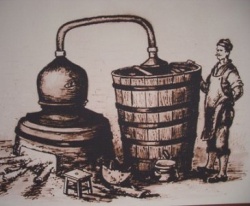 Bulgaria will attempt to patent rakia with the EU as its national product in a bid to lower excise taxes and curb illegal production.

The procedure has been discussed with Minister of Finance Simeon Djankov and is currently under review from the Ministry of Economics.

Besides having a significance for the national traditions and spirit of member states, this move might well have beneficial effects to local producers and state budget alike.

First, a patenting of the alcoholic beverage would lead to the opportunity for Bulgaria to impose excise tax on rakia which is 50% of regular rates.

Second, representatives of the National Vine and Wine Chamber argue that that would lead to a curb in illegal production, and thus greater revenue for the state.

This move has been successfully applied in a number of EU member states.

According to data from the Chamber, there are officially around licensed 1100 producers of spirits, while their total number might reach as high as 20,000.

The chair of the Vine and Wine Chamber estimates that the share of the black market in alcohol might be as high as 50% or more.

A reduction in the black market might improve the quality of alcohol consumed by Bulgarians, but might also hit at some home distillers who produces some of the finest rakia in the country.