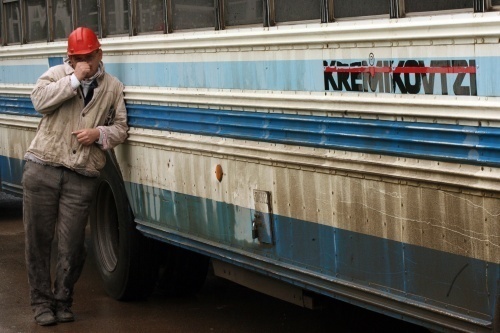 The auction of bankrupt steel giant Kremikovtzi, considered the pride of the communist-era industry in Bulgaria, opens on Monday amid expectations that it will fail to attract any bidders and the government will cut the price.

The closed-bid auction will start at BGN 565 517 510, which according to trade unions and analysts is far below the market price. Prospective investors are invited to deliver sealed bids between noon and 1 p.m. on September 13, with a 10% deposit to be paid in advance.

Tsvetan Bankov, the factory's receiver, said at the end of last week that not a single deposit has been received so far and pinned his hopes on what he described as "a last-minute appearance".

If no one makes an offer, a second auction with direct bidding will be held by November 15 and the starting price is expected to be cut by 20%.

The site and assets of the struggling company, built in the 1960s, are offered for sale four months after the behemoth was sent into liquidation, its businesses -  wound up and its assets – offloaded.

The sprawling communist-era behemoth near Sofia was declared bankrupt end of May and cleared for liquidation in June, after years of struggle with a dire economic conditions, and multiple controversies about mismanagement and financial draining. In a high profile case, Alexander Tomov, former CEO of Kremikovtzi and Bulgarian football great CSKA, is currently facing trial.

Bulgaria sold 71% stake in Kremikovtzi to the Bulgarian Finmetals Group in 1999 for a token USD 1 along with debts to the state and suppliers standing at USD 420 M.

The company put forward but failed to implement an ambitious turnaround plan, which aimed to upgrade it to EU environmental standards, improve productivity, quality and margins.

The government holds 25.3% of Kremikovtzi and its seal of approval was crucial for inking a sale deal, but its efforts to do so failed.